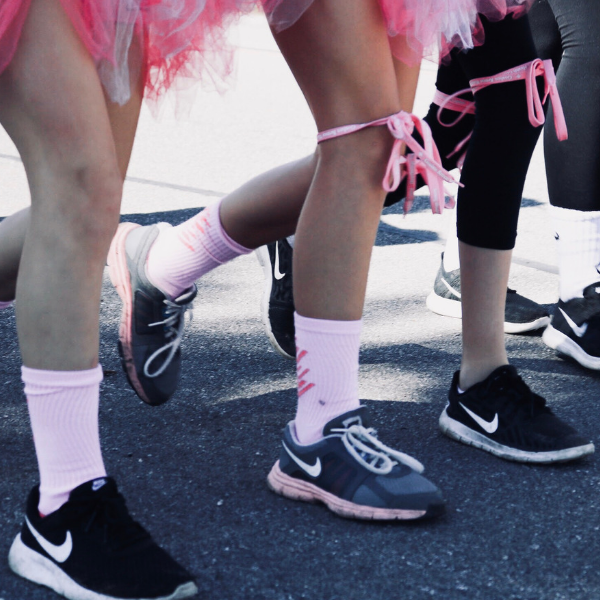 Female breast cancer awareness, with its pink ribbons, and Save the Ta-tas t-shirts, and fundraising 5Ks, sweeps into October each year with the same prevalence as pumpkins. No other cancer has managed to garner as much support, attention, or money. But, even without the pink campaigns, the prevalence of breast cancer is not a secret. An estimated one in eight women is diagnosed in our country, and there are about 1.38 million new cases worldwide each year. You’d be hard-pressed to find someone who doesn’t know a breast cancer survivor. This month, in a three-part series, Patient Empowerment Network is taking a closer look at five survivor stories and one caregiver. These women represent the more than 3.1 million women in the United States who have a history of breast cancer. In today’s installment, you’ll be introduced to five of the six women, and you’ll learn that getting a breast cancer diagnosis wasn’t really a surprise to any of them.

Breast cancer survivors are interlaced through all of our lives, and there is something very endearing about how openly willing they are to share their stories. They freely talk about their diagnosis and treatment, but more than that, they talk about their darkest moments alone in the hospital, or their need for counseling after treatment. They discuss the lengths they will go to endure invasive treatment that may prolong their lives, and they share their prayers to live long enough to see their children grown. They are so deeply candid that it’s as if they are inviting you to be a guest for the day in their exclusive club.

Only it’s a club you don’t really want to be a part of, says Betty Abbott, who was diagnosed five years ago. She was 72 at the time, and her cancer was ductal and non-invasive. She says it’s the kind you want to get if you’re going to get it. But, is there really a kind of cancer any woman wants to get? While the death rates for breast cancer have been decreasing since 1989 thanks to increased awareness, early detection, and advances in treatment, breast cancer is still the second leading cause of cancer deaths in women in the United States, second only to lung cancer. In 2018, approximately 40,920 women are expected to die from breast cancer.

Cancer is cancer, no matter the stage, the type, or the form. “That’s the thing about breast cancer…it’s still cancer,” says Liz Abbott. She’s Betty’s daughter. The two are very close, and Liz was with Betty every step of the way through diagnosis and treatment. Liz hasn’t had breast cancer…yet, but she fully expects to get it. She knows the statistics. Even though less than 15 percent of people who get diagnosed with breast cancer have a relative diagnosed with it, a woman’s chance of getting breast cancer nearly doubles if a first degree relative (a mother, sister, daughter) has had it. So many women get breast cancer, so many families of women, that for some women it’s no longer if they will get it, it’s when. Since her mom’s diagnosis, “our new realities are very different,” says Liz, who can’t help but worry if breast cancer is her own daughter’s path as well.

It was the path for Shannon Knudsen, who was diagnosed three years ago, when she was 43. Like Liz, Shannon was very close with her mother and walked with her through diagnosis and treatment of breast cancer. Shannon’s grandmother and great grandmother had breast cancer as well. So, for Shannon, breast cancer was never an if. “I never thought I wasn’t going to get it,” she says. “It was always a matter of when.” So Shannon wasn’t surprised by the diagnosis, but she says she was angry. You see, while she was prepared and had a plan, cancer still managed to throw her what she calls “an interesting little twist”.

Since she watched what her mom went through, being diagnosed at 49 with recurrence as leukemia 16 years later that was ultimately terminal, Shannon was diligent about staying on top of cancer research, and as soon as she learned that genetic testing was available, she looked into having it done. She was absolutely positive that her family carried the BRCA gene mutation. The BRCA1 and BRCA2 genes produce proteins that help repair damaged DNA cells. When either of the genes has a mutation and the genes don’t produce the protein or function correctly, DNA cells are more likely to develop changes that can lead to cancer. There are specific mutations of the genes that increase the risk of female breast and ovarian cancers. People who have inherited the mutations, which can come from the mother or the father, are more likely to develop breast and ovarian cancers at younger ages.

As soon as Shannon’s insurance covered the testing, she had it done. Fully expecting a positive result, Shannon was prepared to have a preemptive double mastectomy with reconstruction. But, Shannon’s results were negative. She doesn’t carry the BRCA 1 or BRCA 2 mutations.“I was shocked,” says Shannon, and she feels like the results gave her a little false security. That’s where the anger came in, because in August 2015, when her mammogram and subsequent 3D testing showed a black and jagged spot of concern, she knew that meant she was bound for chemotherapy, and that was something she had always planned to avoid by having preventive surgery. “I was 100 percent prepared to do that, and it didn’t work out that way,” says Shannon. Cancer, as it often does, had other plans.

Cancer had other plans for Tina Donahue as well. “It was a really, really difficult time in our lives,” says Tina of her diagnosis in 1991. It’s not that Tina wasn’t expecting to get a diagnosis at some point. She also had a family history of the disease, her maternal aunt died from breast cancer, and Tina was a nurse so she had a keen understanding of her risk, but when she was diagnosed at 44, she had just been promoted to an executive vice president position at work, and she had three young sons. She was also in school to get her MBA. Cancer was not part of her plan, and she thought she was going to have to quit school when she was diagnosed. However, thanks to the support of the other women in her study group, Tina didn’t have to quit school. She says the women rallied around her, told her not to quit and helped her, encouraged her, and tutored her through.

When it came to treatment, Tina and Shannon, though diagnosed more than 20 years apart, had very similar methods. “I just wanted to hit it as aggressively as I could and give myself as much life as I could,” says Shannon. She told her surgical oncologist that hers would be the easiest consultation ever. She had done the research, she knew the risks, she knew exactly what treatment she wanted. Tina, who also wanted to treat her cancer aggressively says she told her doctors, “Give me everything you’ve got.” Both women had a double mastectomy and reconstruction with silicone implants. Tina says her implants lasted 23 years before she noticed they started getting folds in them, which was a sign that both implants, though contained, had burst, and she had to have them redone. Shannon’s implants are a newer technology called gummy bear implants and are designed so that they won’t burst. Tina says the silicone felt and looked more natural, and Shannon says that was important to her as well. Tina also says that if she hadn’t been a nurse who had seen a lot of recurrence in women who had had a single mastectomy, and if she hadn’t been witness to her aunt’s experience, she may not have opted for the double mastectomy.

Diana Geiser did not opt for the double mastectomy, but now says she wishes she had. Diagnosed at age 50, Diana says she struggled with the decision at the time and remembers feeling like she wanted to keep part of herself. “Now I wish I’d done both,” she says explaining that one of the draw backs is that her natural breast gets bigger or smaller with weight fluctuations, but her reconstructed breast does not.

Regardless, all three women had four rounds of chemotherapy. They all had clear lymph nodes, and were hormone-receptor-negative (HR negative), meaning that it was likely that hormonal therapies wouldn’t work for them. Tina, still wanting to treat her cancer aggressively, says she wanted to kill everything and had low dose chemotherapy. She lost some of her hair, but not all of it. For Shannon and Diana, the pathology reports came back showing their tumors were aggressive, Shannon’s highly so, making chemotherapy necessary. They both lost all of their hair, which is something that must be incredibly pertinent to breast cancer survivors, because whether they did or they didn’t lose it, they all tell you about their hair.

Jennifer Lessinger is a professional writer and editor who learned the value of patient empowerment during her struggle with a hard-to-diagnose and complex endocrine disorder. 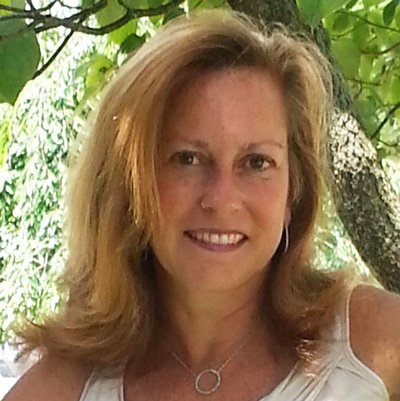 An Ounce of Prevention is Worth a Pound of Cure

Disparities, not Despair – Organizations that Empower 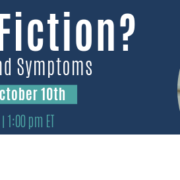 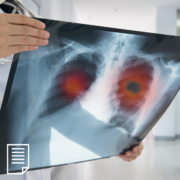 What It Feels Like to Have Breast Cancer: Diary Entry